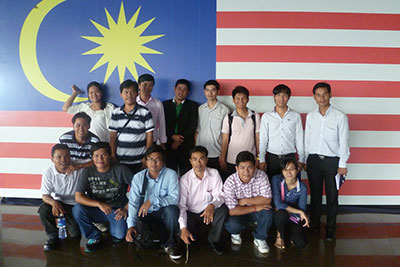 According to Mr. HONG Sophany, CISCO Program Manager in Cambodia and Laos, the study tour was made under the Malaysian project of ICT Human Resources Development in CLMV countries - Cambodia, Laos, Myanmar, and Vietnam from 2012-2015. The project was first implemented in Cambodia in January 2012 with the aim of contributing to training and encouraging human resources development in ICT by mainly focusing on the ICT academic programming and certificate founded by CISCO Corporation, the world leading ICT programming corporation. Currently, every CISCO's ICT program has been taught in 165 countries worldwide.

“During the 7-day visit, the students are visiting big ICT manufacturers such as DELL, CISCO, MAC3, and MDEC. Particularly, they are also trained with IPv6 and VOIP by the University of Malaya,” added Mr. Hong Sophany. Ms. KhonSothary, the third year student of AEU's ICT Faculty, said that she gained significant experiences and deep knowledge about ICT, and she would definitely share them with other students. Meanwhile, she also expressed her gratitude to the project funder and relevant stakeholders, especially AEU for providing such a rare opportunity for her. She also reminded other students to study hard as such an opportunity still remains, especially to get themselves ready for more job opportunities when the integration of ASEAN Economic Community 2015 takes place. 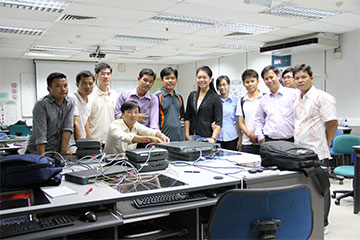 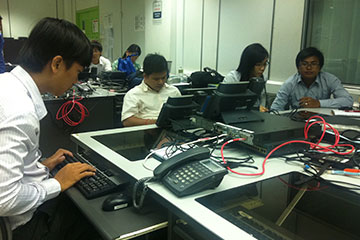 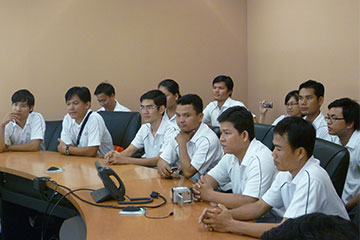