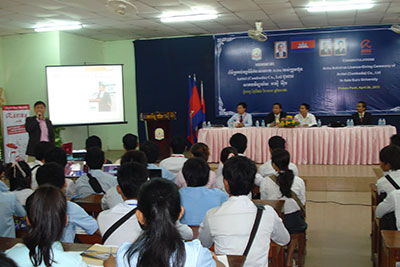 On the morning of 26th of April 2012, AEU hosted an Avira Anti-virus Software Handover Ceremony chaired by H.E. Duong Leang, AEU Rector and Mr. Chhoeun Savorn, AEU Vice Rector. At the outset, Mr. Chhoeun Savorn expressed his deep gratitude to distinguished guests from NiDA, especially to Mr. Petter, Director of Antell Cambodia Co., Ltd, for donating the so-called Avira Internet Security and having his technicians install the software for AEU. “Information technology is currently growing fast. All institutions may not be able to fasten this trend unless their staff members have sufficient knowledge in this area. At present, AEU has developed curricula, academic materials, and even a new school building in response to this trend, especially to the goal of ASEAN Economic Community by 2015,” added Mr. Chhoeun Savorn. He also stressed that this software would be installed in all AEU laboratories and offices, hoping that the computer systems of AEU staff and faculty members would be double safeguarded after hearing the instruction from technicians of Antell Cambodia Co.,Ltd.

Taking this opportunity, Mr. Ou Phanarith, Head of NIDA's CamCERT group, articulated the significance of the information technology, problems, and problem solving skills. He suggested that methods to protect datum or information in PC should be seriously focused given that those datum or information may not be easily recovered or bought as other physical properties, and the best solution for each institution will start with its individual staff member.

Later on, technicians of Anttel (Cambodia) Co., Ltd presented how to use Avira Security to prevent online computer viruses. The Marketing Manager of the company praised the adequate number of computers at AEU, adding that the validity of the 650 licensed software applications for AEU is one year, and the software is capable to prevent a variety of online virus infection. He also noted that the donation is worth up to USD9, 800, the second biggest donation package ever made by the company.

At last, the Director of Antell officially handed over the software to AEU and visited the university's computer labs. 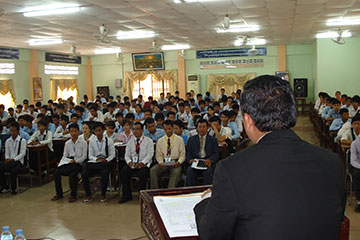 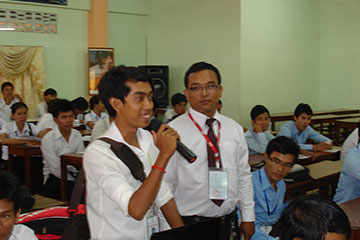 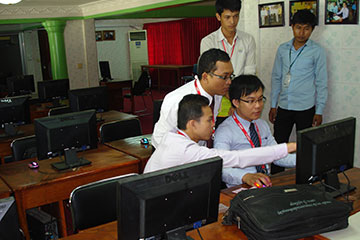