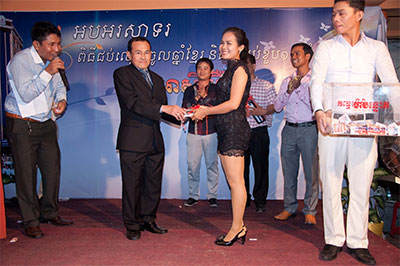 April 7, 2012 marked a great AEU Khmer New Year party and the 10th anniversary celebration held and joined in by approximately 650 people including the management board, staff, lecturers/professors and AEU students. The celebrations were presided over by H.E. Sean Borath, Personal Advisor to Samdech Akka Moha Sena Padei Techo HUN SEN, Prime Minister of the Kingdom of Cambodia, and also President of AEU Board of Trustee, along with Excellencies, doctors and some other distinguished guests.

H.E. Duong Leang, Rector of AEU, extended his warm greeting to H.E. Sean Borath, Personal Advisor to Samdech Akka Moha Sena Padei Techo HUN SEN, Prime Minister of the Kingdom of Cambodia, and President of AEU Board of Trustee; and other Excellencies, doctors and some other distinguished guests.

H.E. Duong Leang viewed AEU as a large institution consisting of five faculties offering such essential skills as accounting, marketing, management, finance and banking, tourism, law, public administration, political science, international relations, information technology, English literature, and economics. In the coming academic year, the university is introducing two more kills international relations, in which English will be used as the medium of instruction; and Chinese literature, which will be taught by Chinese lecturers/ professors and directly supported by the Confucius Institution of China.

H.E. Doung Leang added that 9465 students are learning at AEU at the moment and in order to meet the increasing number of students every year, AEU has been constructing another twelve-floor building with 96 classrooms, which will be equipped with elevators and hi-tech equipments.

During the occasion, H.E. Seang Borath highly appreciated the progress AEU has made for only 10 years, during which AEU has been developed from a rent flat and rapidly transformed to such a large one currently with almost 10, 000 students and four university buildings, which are owned by AEU.

In the party, Khmer diverse traditional games were enjoyed amongst AEU staff, lecturers/ professors and students while at night a concert and dancing were performed along with lucky draw. 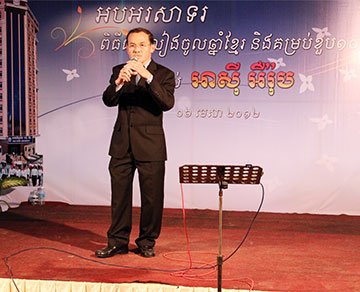 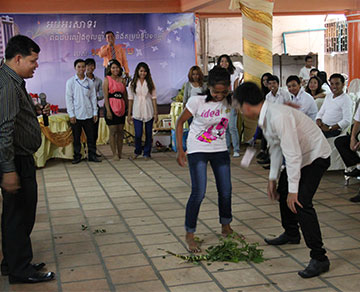 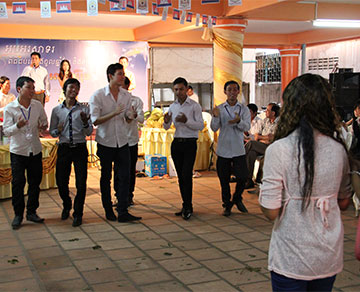 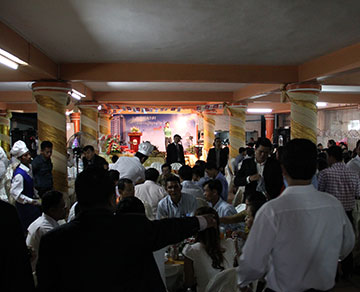 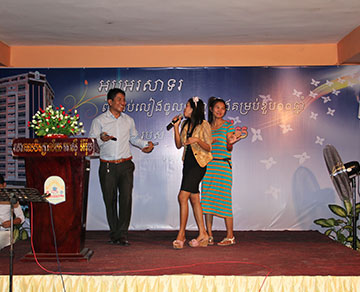 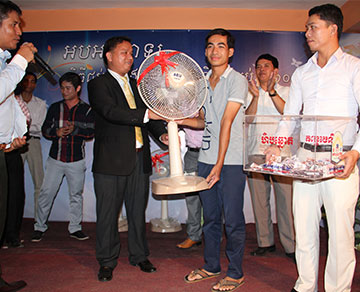