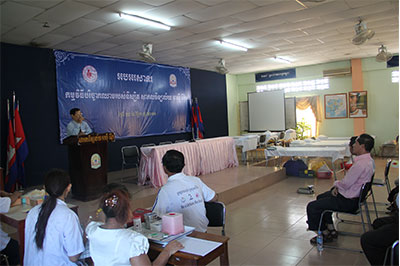 In the momentous event, AEU management board, staff, lecturers/professors and students were so satified with the important involvement in this invaluable human charity that they would be able to save human lives in the case of emergency and serious accidents or illnesses regardless of political tendency, races, colors, social status, genders, or religions.

With the spirit of national unity, AEU management board, staff, lecturers/professors and students would continuously work in collaboration with the Royal Government, national and international relevant stakeholders, especially the National Blood Transfusion Centre of the Ministry of Health, in order to promote further social participation under any circumstances.

AEU not only offers alllevel educations/trainings but works hard to promote greater awareness of the advantages of humanity and social involvements a mong students / lecturers / professors and intellectuals; who, as citizens, have get involved in order to meet the urgent needs as publicly suggested by Head of the Royal Government during AEU Graduation Ceremony on July 14, 2011 at the National Institute of Education. 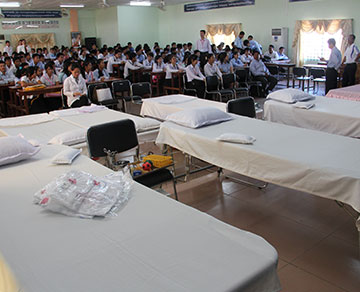 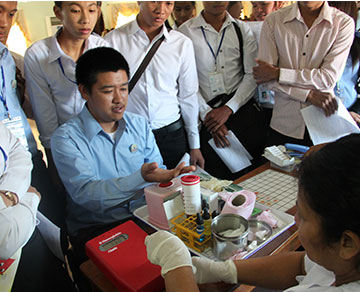 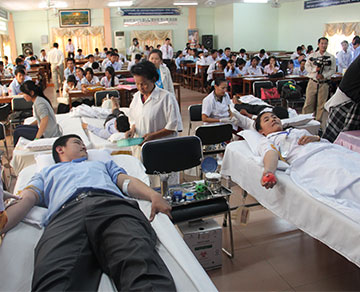 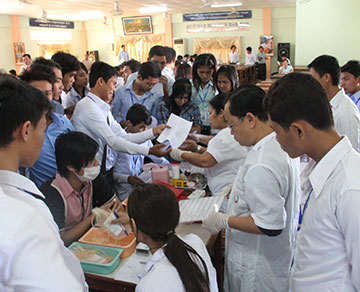 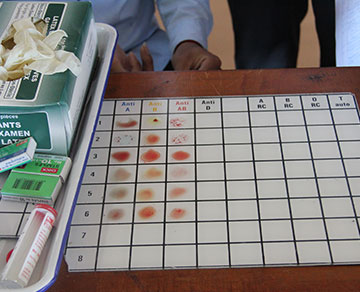 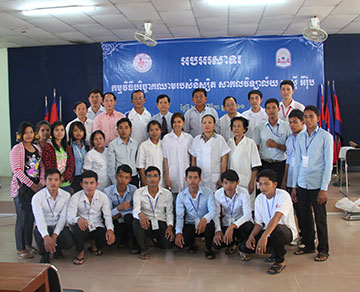