THE CONSTITUTIONAL COUNCIL TO HOST A WORKSHOP AT ASIA EURO UNIVERSITY 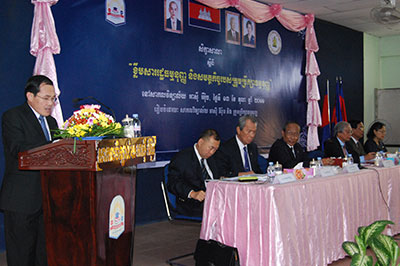 On October 13th, a workshop on the Significance and the Jurisdiction of the Constitutional Councilwas held at AEU with the aims of (1) broadening basic knowledge in laws and the constitutions to lecturers and students, particularly to those under the Faculty of Laws, Political Science and Public Administration and (2) fulfilling the basic credit requirement of Master and Doctoral candidates of AEU under the chairmanship of H.E. Ek Sam Ol, the Chairman of the Constitutional Council of Cambodia.

In his welcome remark, H.E. Duong Leang, Rector of AEU, expressed his deep gratitude to H.E. Ek Sam Ol and other six delegates, articulating that there are currently approximately 10,000 students at AEU. The AEU Rector added that a twelve-story school building with 96 rooms has been under construction in response to the increasing number of students at the university.

H.E. Ek Sam Ol, the Chairman of the Constitutional Council, denoted that despite the fact that the 1993 constitution was being prepared within 3-month period, but ithas great significance because the constitution derived from the nation's reconciliation and unity and because it covers multi-faceted fields such as rights of citizens, rights to politics, women rights, and children rights. Its guarantees the implementation in accordance with multiparty democracy and provides that all power belongs to people who exercise their power through senate , national assembly, government, and courthouse with the principle of representative democracy. Additionally, it also upholds the constitutional monarchy. Thus, all Cambodian people should clearly understand the significance of the constitution, and strictly obey it and relevant laws and legal framworks of the Kingdom of Cambodia. 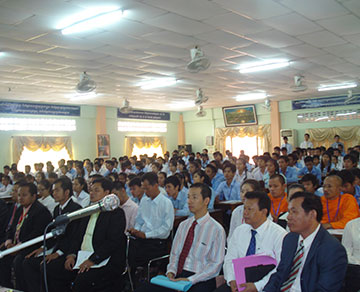 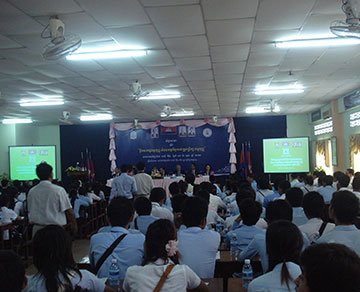 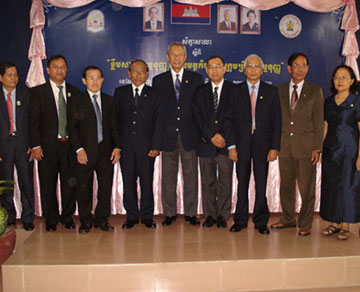