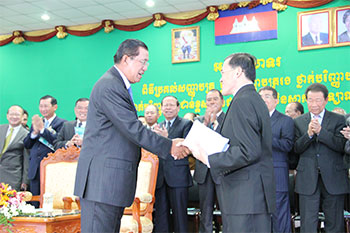 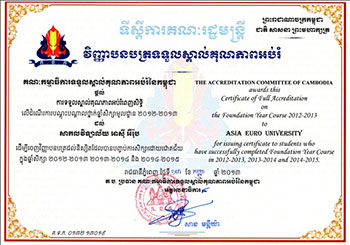 The Department of Foundation Year of Asia Euro University has been assessed by ACC and passed a three-year evaluation according to the ACC Recognition Letter N0 គ.ទ.ក​​ 013213019, dated 13 September 2013.